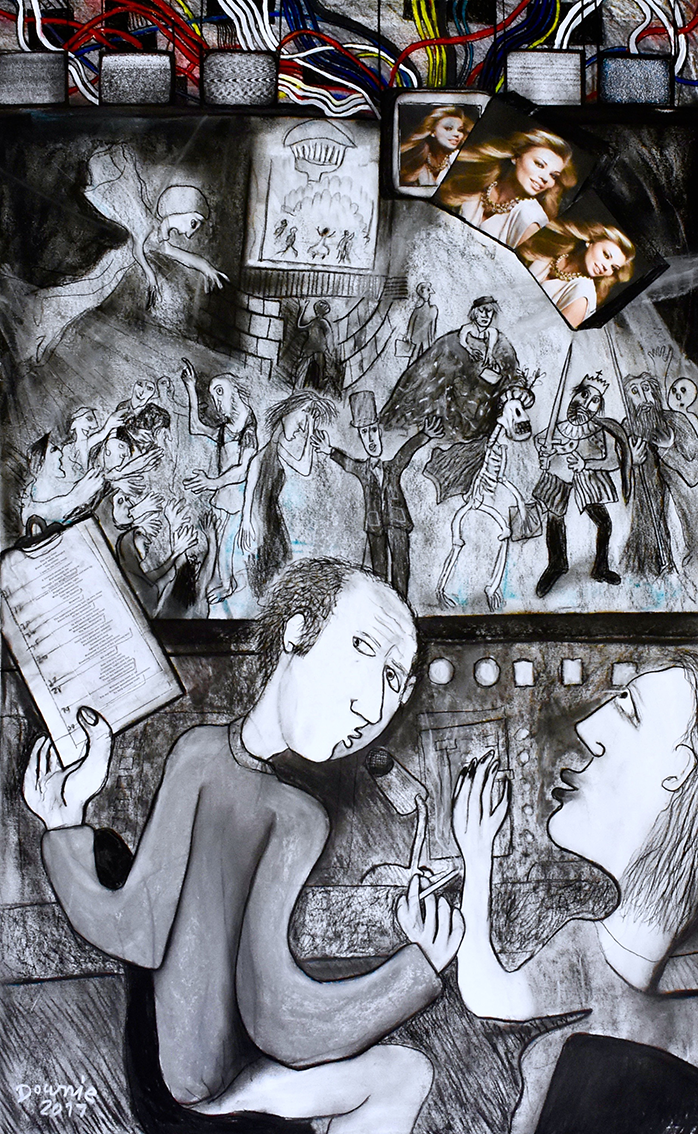 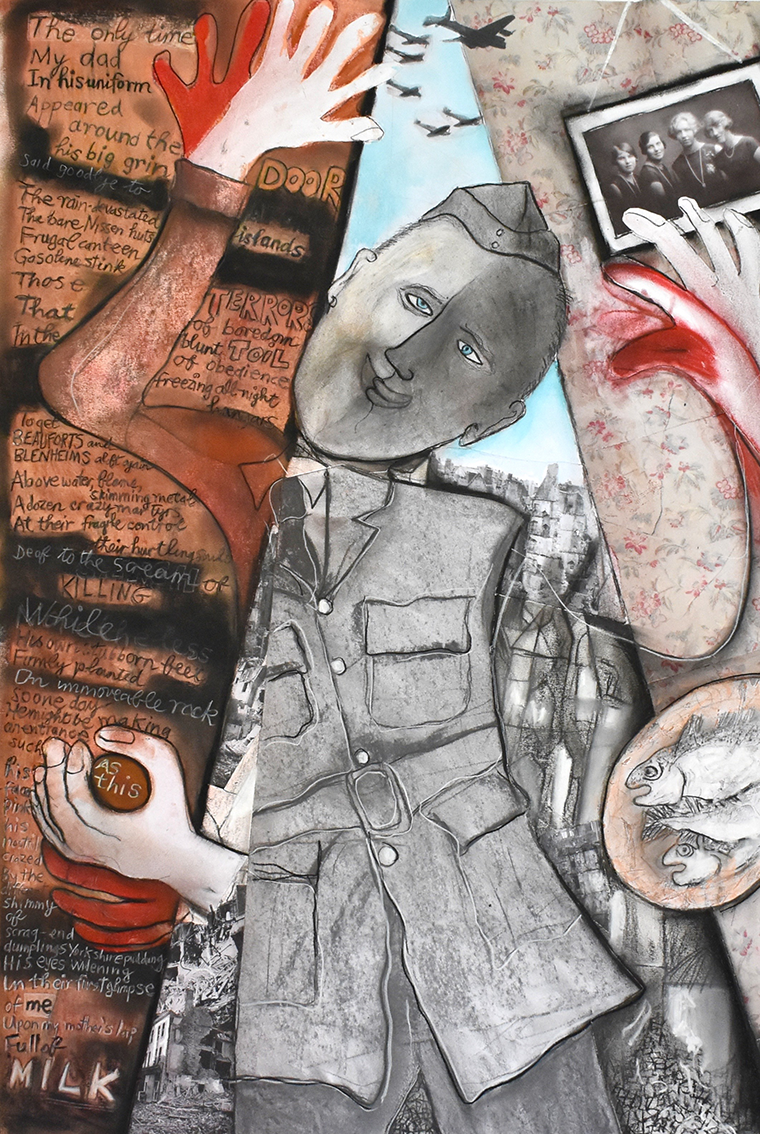 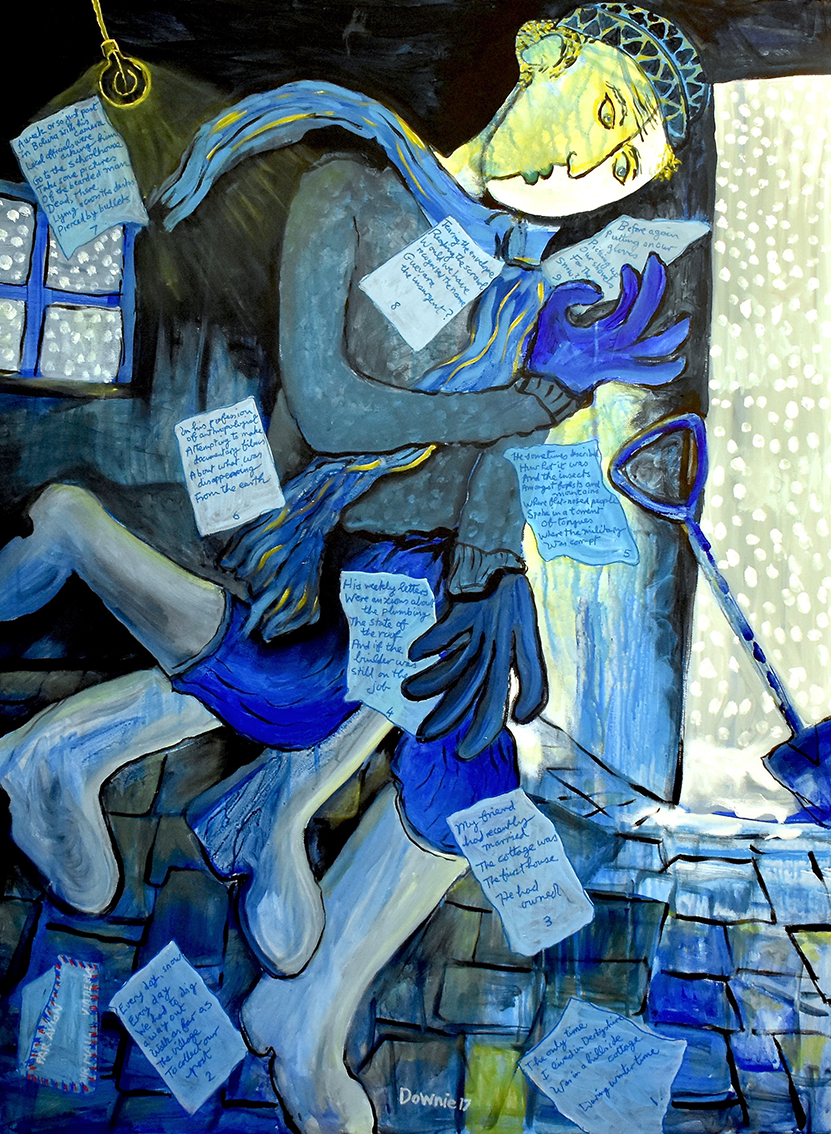 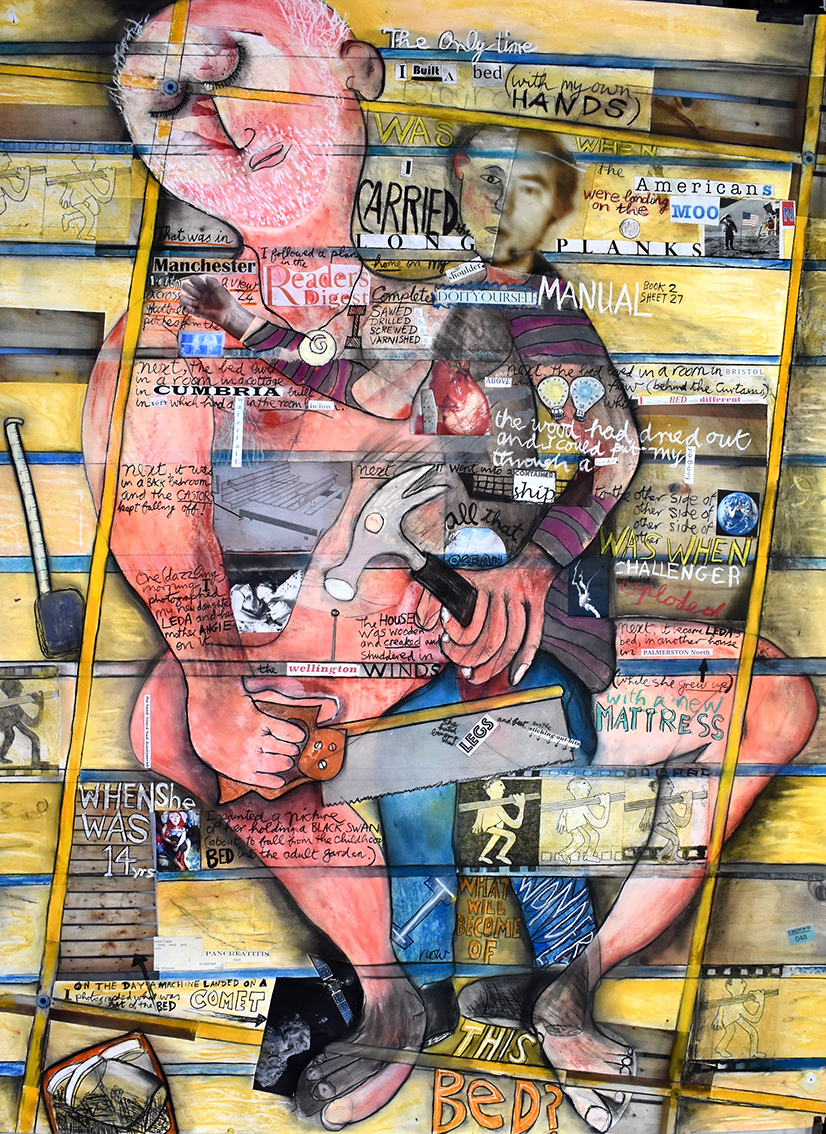 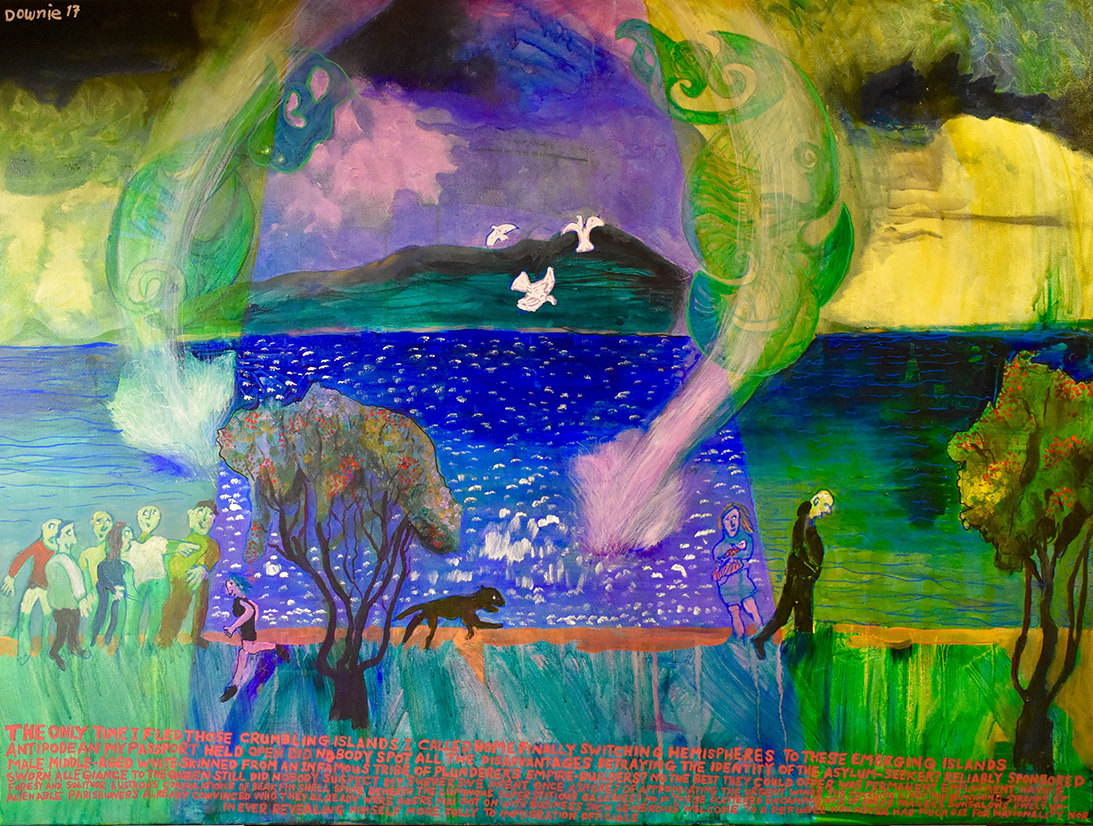 Issue 55 Supplement: How Many Miles To Babylon

How Many Miles to Babylon? Three Faces of Mike Johnson’s Lear

Did Mike Johnson know that there had once been a “Babylon” on the Kaipara when he chose that name for his imaginary village? I don’t know. I haven’t asked him.

Even if he had, would it make much difference to the nature of the novel he dreamt up: that strange mixture of courtly erudition and intense, provincial ignorance? Not directly, no. His larger point would, I’m sure, remain valid in either case.

Why bother to go and look for it, then?

I suppose, if I were to be honest, that the impetus for this quest – and the larger study of “Speculative Fictional” landscapes within New Zealand which it forms a part of – is largely supplied by its paradoxical nature…
– Jack Ross

The following is a colour supplement for Jack Ross‘ essay, How Many Miles to Babylon? which appears in brief issue 55. All photographs: Bronwyn Lloyd (5/8/16). 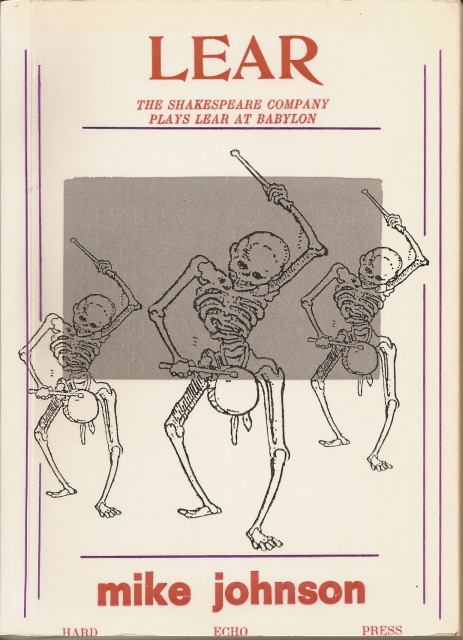 Mike Johnson’s dystopian SF novel is set on a waterway described only as “the river,” in a tiny settlement called “Babylon.” 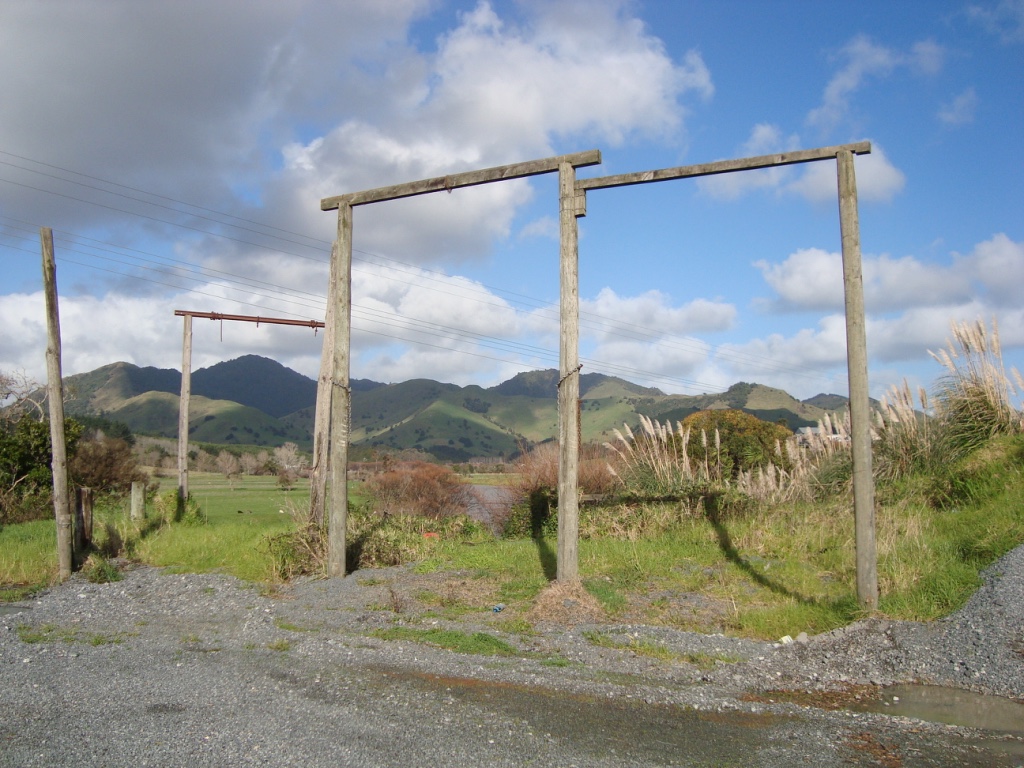 Scaffolding at Tangiteroria, on SH14 between Whangarei and Dargaville. 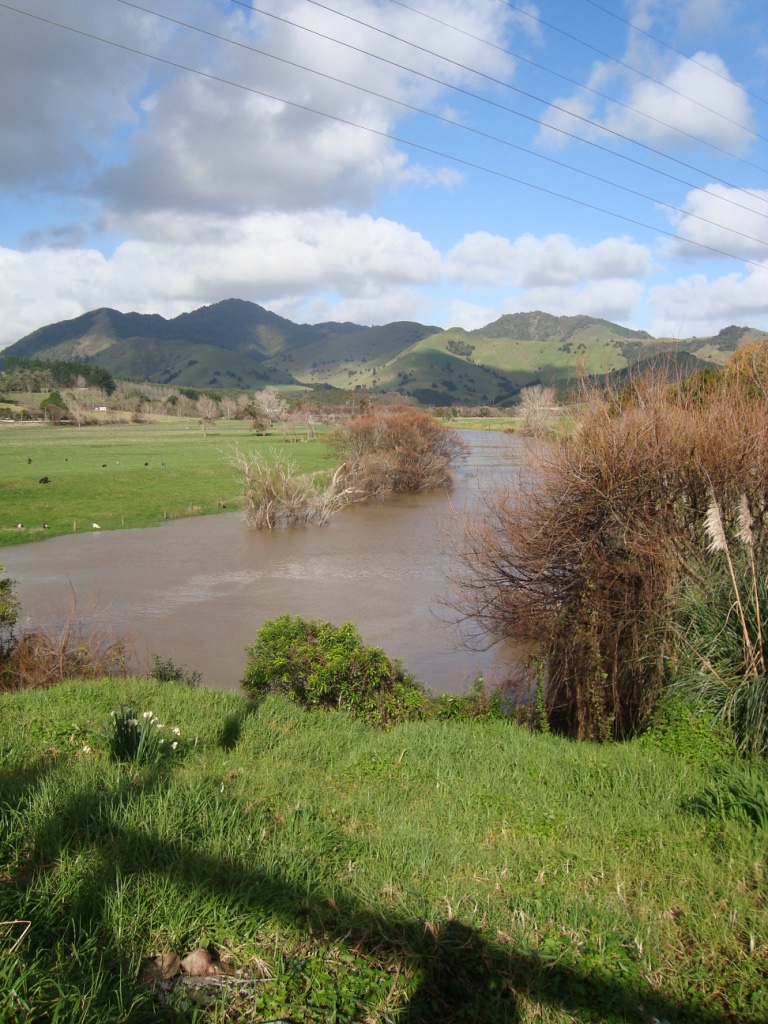 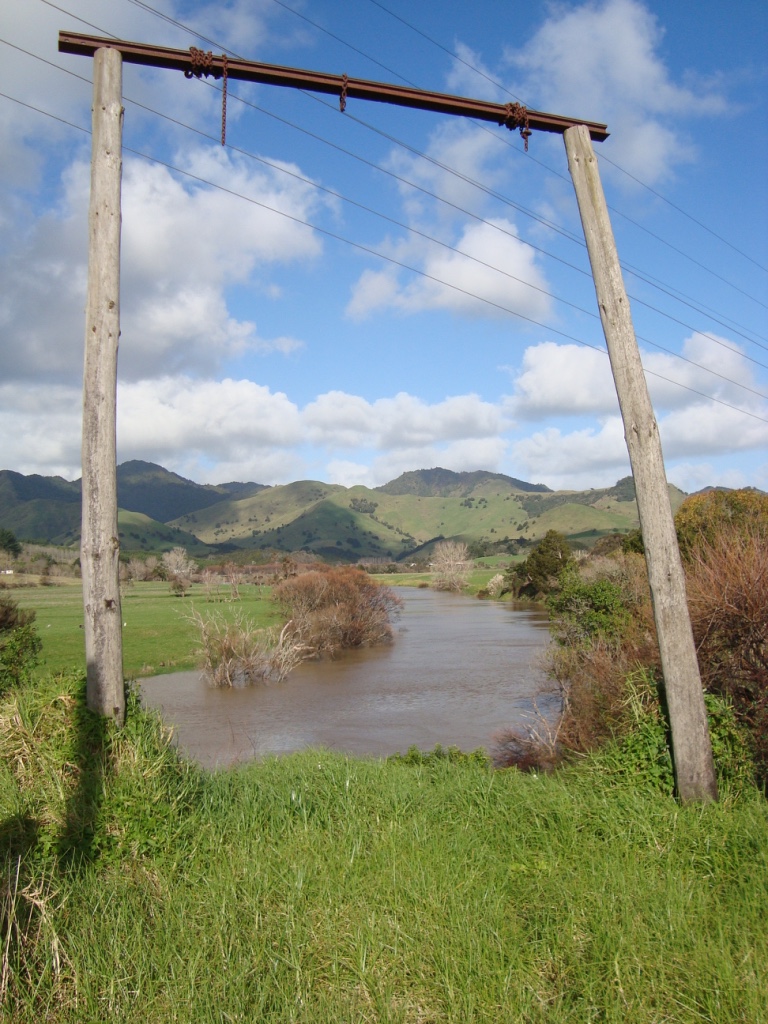 The upper reaches of “the river” – at Tangiteroria. 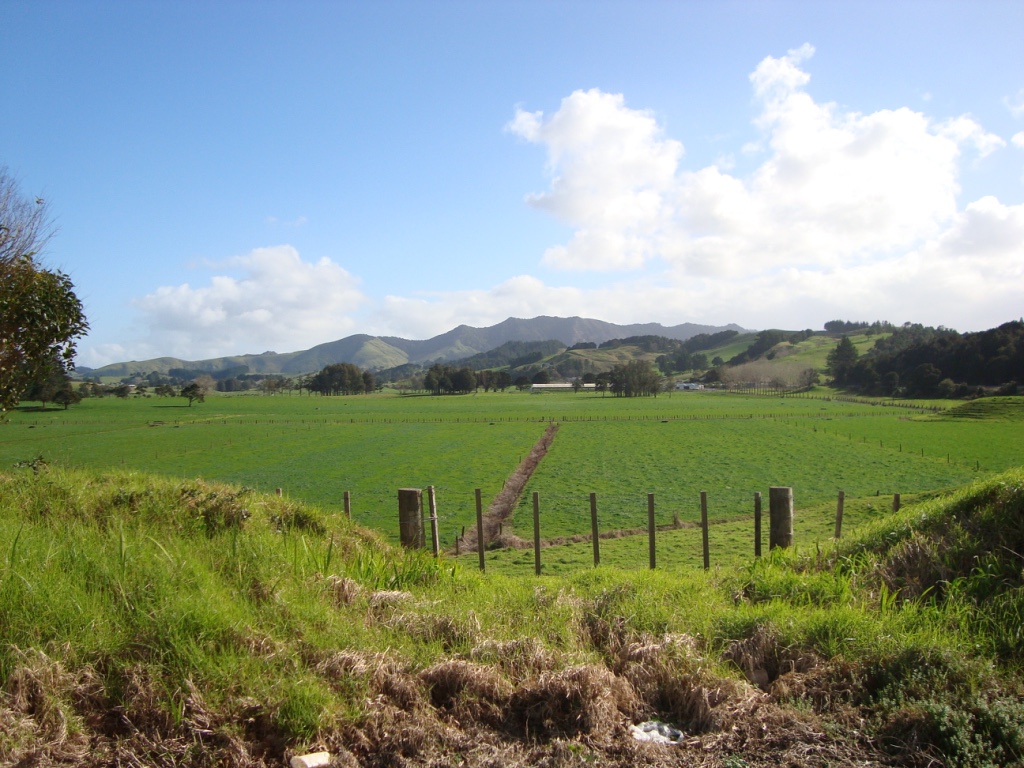 The view from Tangiteroria, looking towards the West Coast. 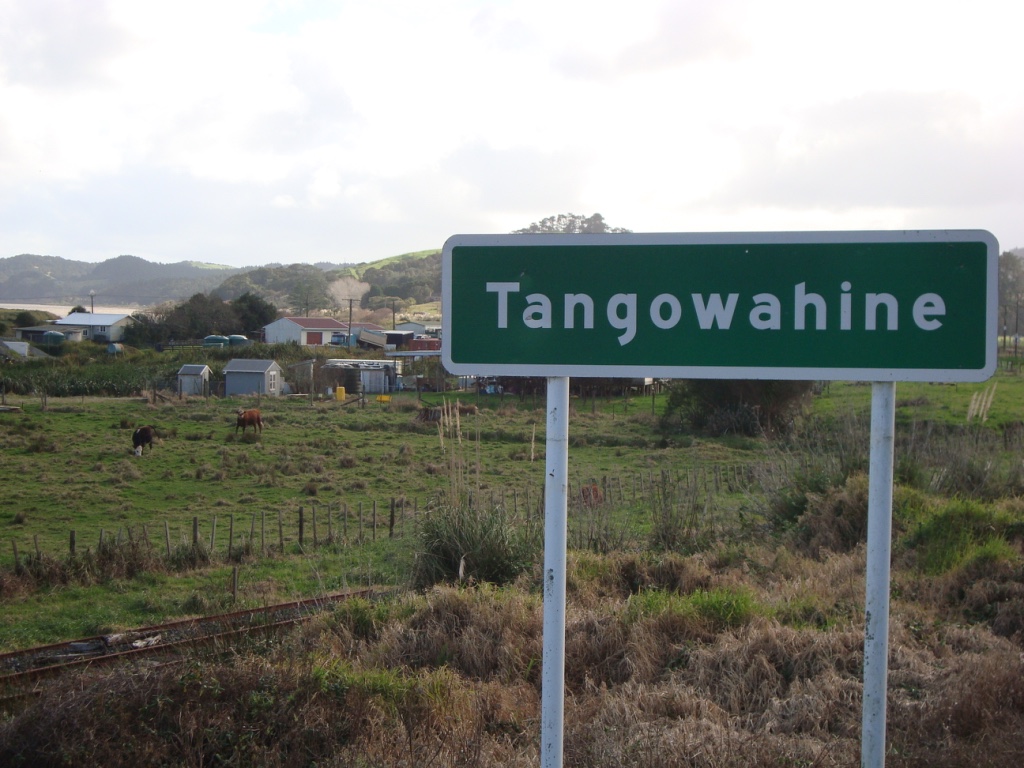 A prototype for Babylon? The tiny settlement of Tangowahine, on the way towards the coast. 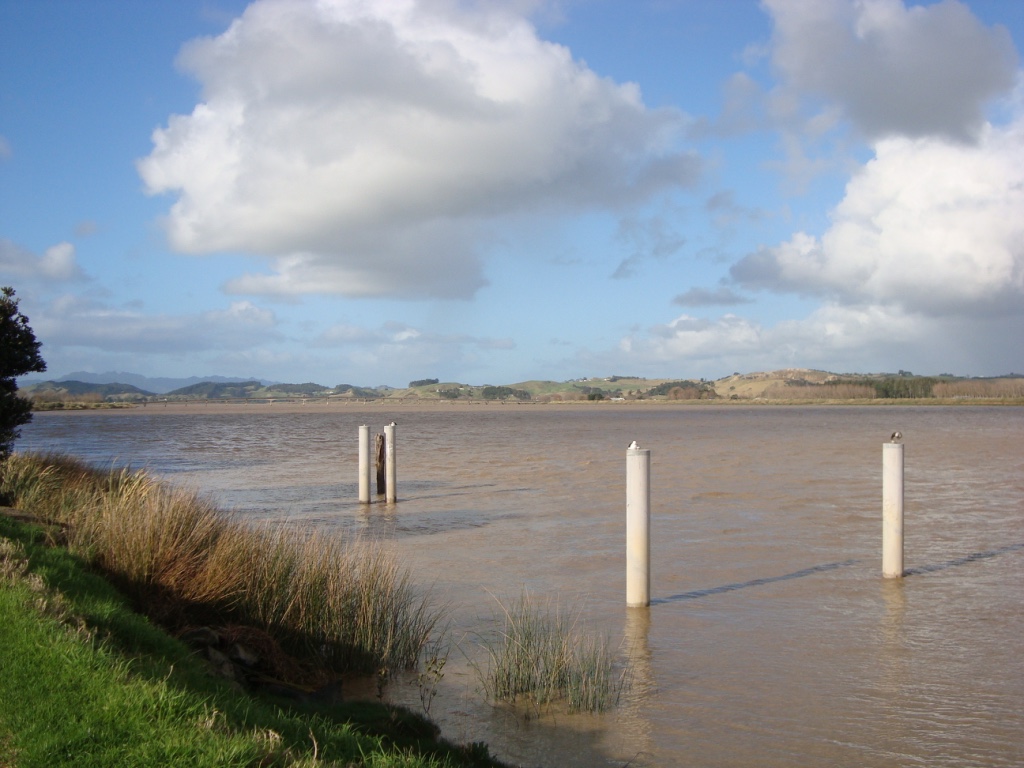 Funnily enough, the Wairoa River was always referred to simply as “the river” by the inhabitants of the Kapipara. Here it is at its widest, looking over towards Te Kopuru. 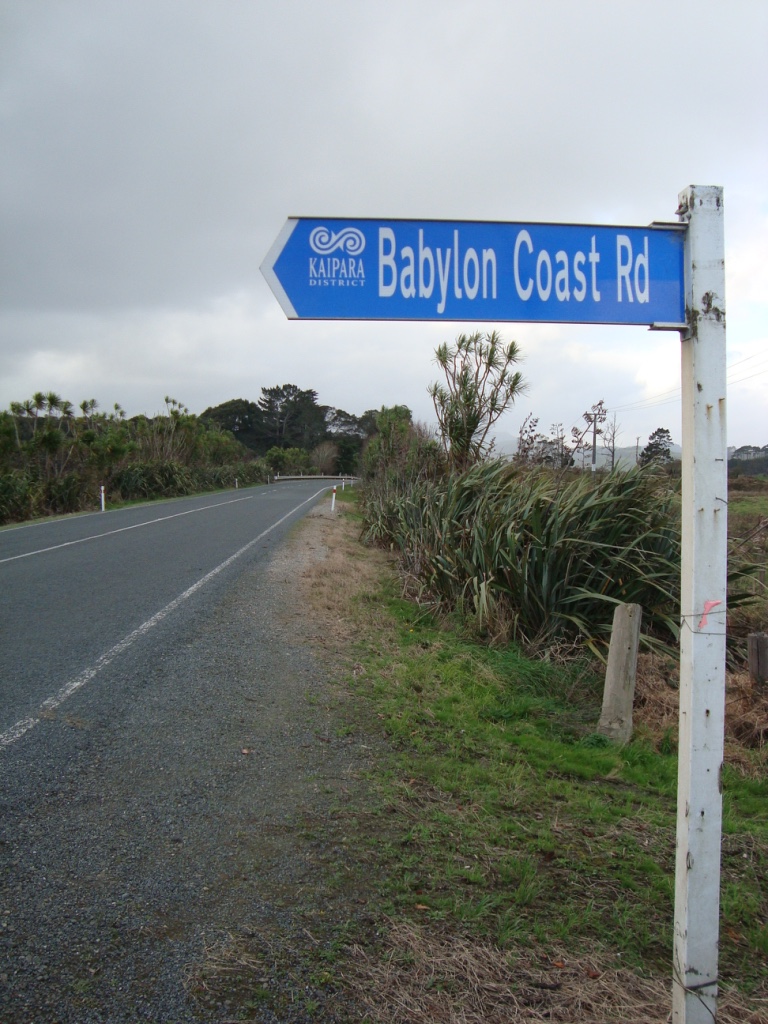 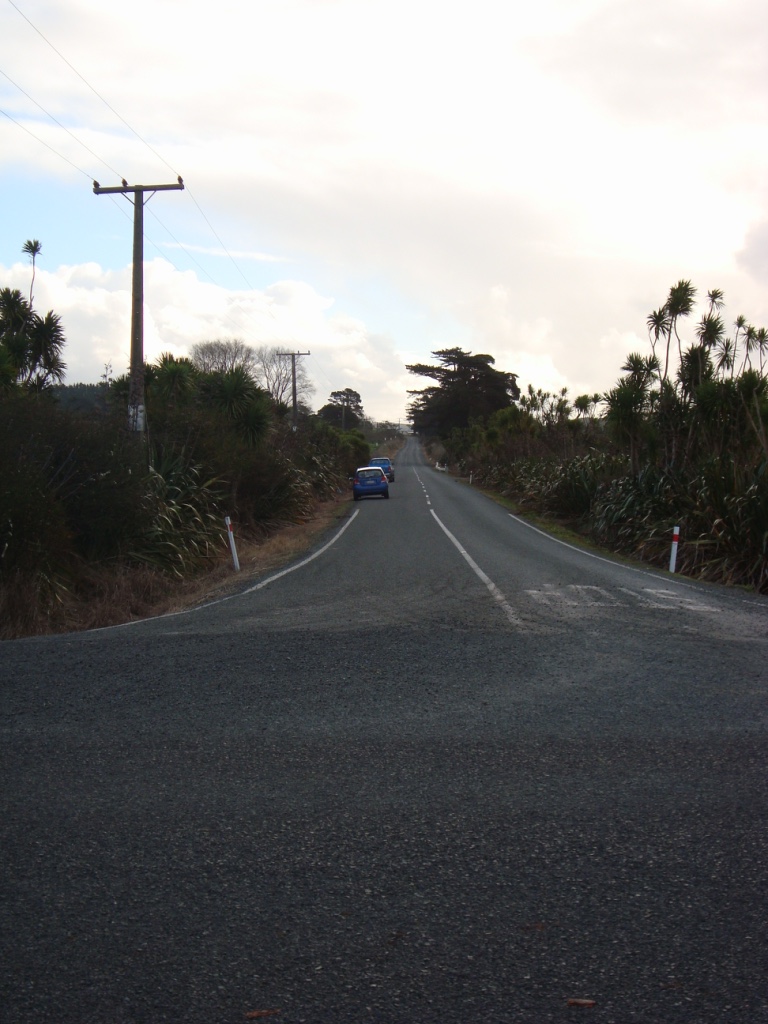 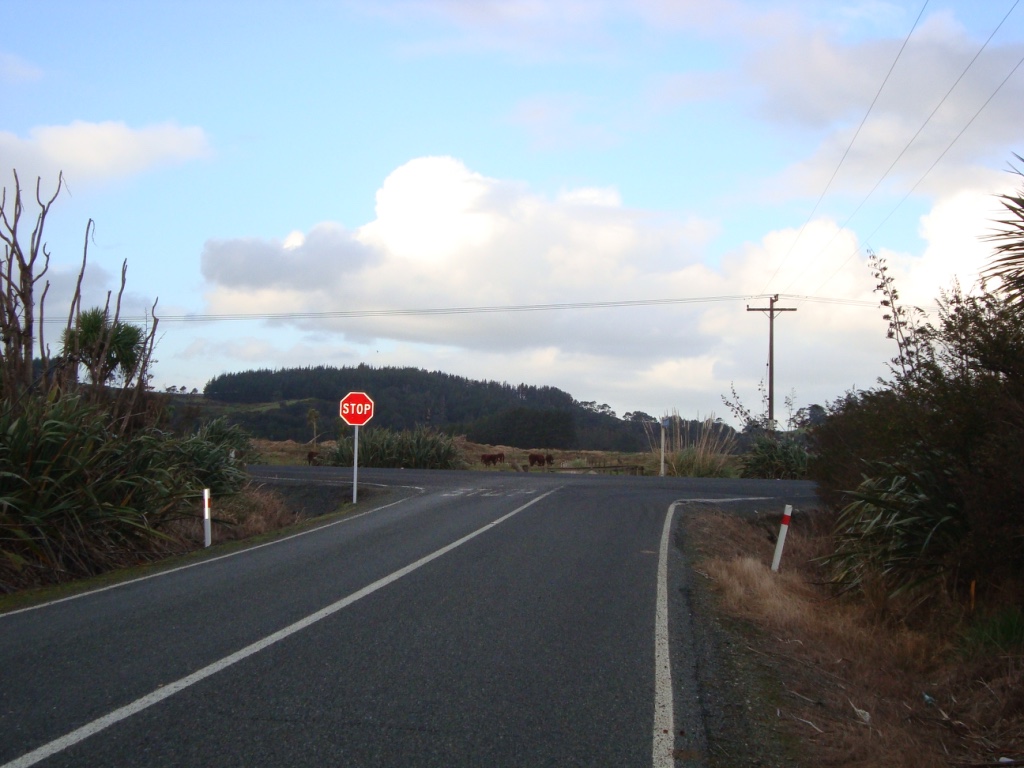 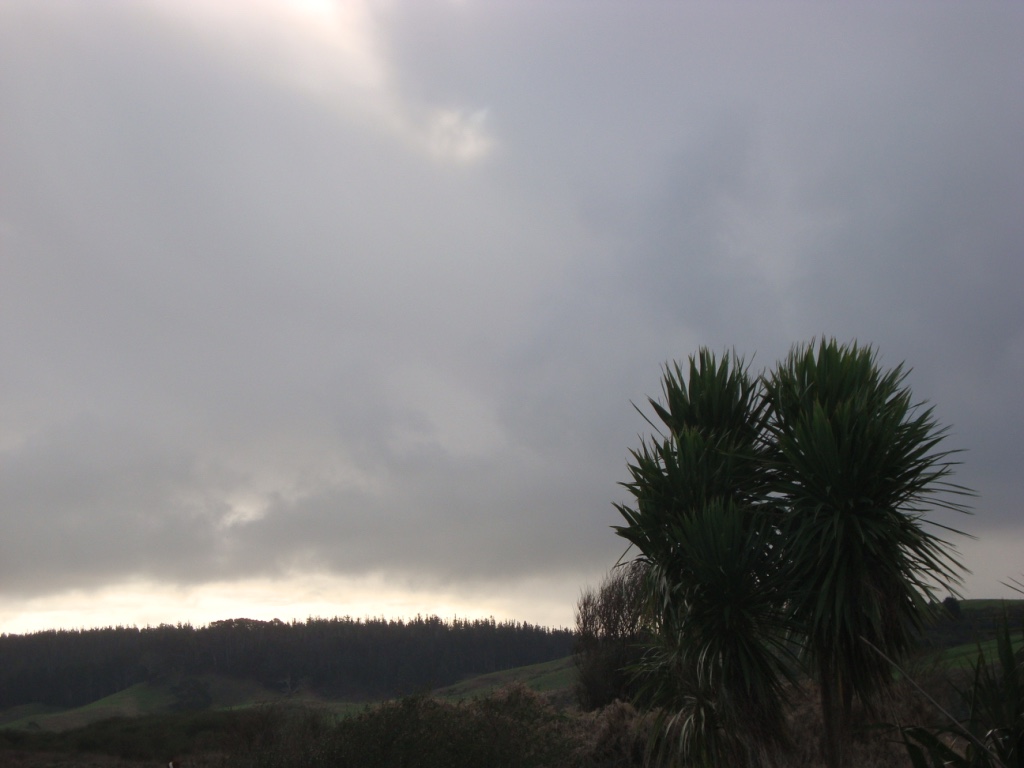 Storm clouds coming over the hills from Babylon: the former gum-digging settlement down near Baylys Beach.

The full text of How Many Miles to Babylon? Three Faces of Mike Johnson’s Lear by Jack Ross appears in brief issue 55.