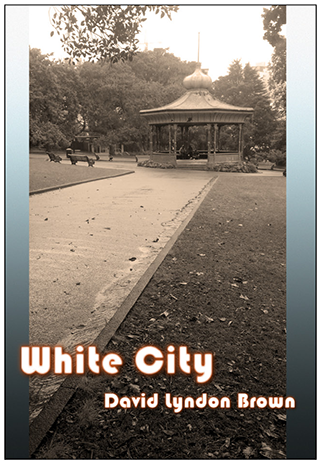 White City is a collection of short stories set mostly in and around Auckland’s Albert Park.

‘No booze, no nothing for a week,’ I told her. ‘Just you and me and the good air and the sun and the sea.’

I can still see her curled up on that bed, the sound of the waves coming in through the window, peacefully sleeping like a little girl. We only lasted four days, but it was the best four days of my life.

Now Melissa’s fucked. We don’t get together so much. She’s too busy working the parlours for white.

“Brown treats his characters with clear-eyed generosity, but never condescension. They are often resourceful though lacking in resources, and tender, if tenuous, connections are made between characters that are not firmly connected to the mainstream grid.” 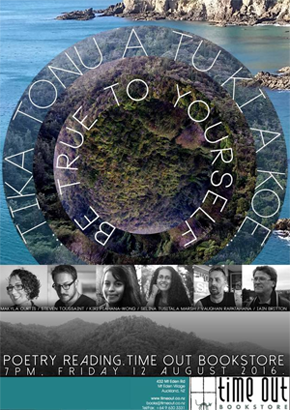 Poetry Reading: Tika Tonu A Tu Ki A Koe – Be True to Yourself

Where: Time Out Bookstore, Mt Eden, Auckland
When: Friday 12 August at 7pm.

This is a BYO event. Come relax, have a drink and listen to some fantastic poetry!